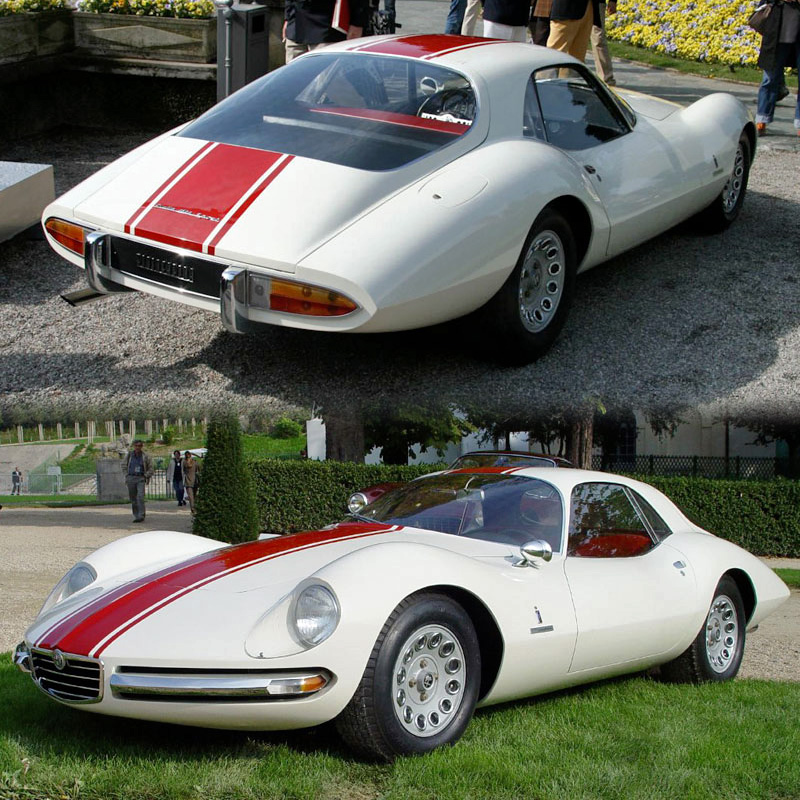 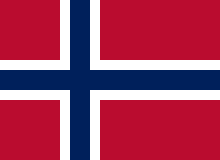 Minus 1 farge + 1 annen farge, i tilfellet grønn i stedet for blå, kan gi:

Hillman Zimp
The Imp styled by Zagato
Imp has the Italian job !

The Italian styling concern Zagato is famous for classics such as the Aston Martin and Alfa Romeo Zagatos. There are Ferraris and Maseratis with a Zagato body, and there is the Zimp.

Zagato (Milan) saw possibilities on the British market for a car with Imp mechanicals and an aluminium bodyshell, styled the Italian way. They intented to produce them, with the blessing of Rootes, within Britain (thus avoiding import duties imposed on foreign-built cars) and a Dorchester based company was formed, early autumn 1964, headed by Peter Thomas and Anthony Charles: British Zagato Ltd. in Kingston-on-Thames. British Zagato Ltd. was founded based on the gentlemen's agreement with Lord Rootes that Imps would be supplied.

The factory at Ryton evaluated the Zimp and declared that building costs would unlikely be less than £1000. (More expensive than the Mini Cooper S or the Sunbeam Stiletto of 1967). The target group would have been ladies with quite sufficient spending money, comparable to Lancia Fulva coupé's aim, which enjoyed immediate market success despite the high price.

Peter Thomas bought two Imps from a dealer in Oxfordshire: CUD 180B, a white Deluxe and CUD 181B, a red one. Peter and his wife drove these to the Zagato design studio in Milan. The studio was already working on another red Deluxe, 9053 PG, which had been bought second hand in the U.K. The cars were transformed into Zimps in just nine months, so Zagato could exhibit its Zimp on the 1964 Earl's Court Motor Show of 21st-31st Oct. Styling is by Ercole Spada, who gained fame for the Aston Martin DB4. He also did the Alfa Romeo Junior Zagato. Looking at the prototypes, you can see they were made in a rush - hammer marks on the aluminium. The bodywork construction in aluminium means it is 200lbs lighter than an Imp.

In 1964 Chrysler bought a portion of Rootes' voting and non-voting shares. (An interest of 30% ?). During October 1964 3 Chrysler directors joined the Rootes Motors Ltd. board. Chrysler's representatives appearantly were powerful enough to veto the Zimp project. (Lord Rootes died Christmas 1964.)

All 3 Zimps live on, 2 of them are owned by Mike Hanna.

9053 PG has its seams filled in, and the exhibited Zimp did not. The letter Z on the front wing is in a different place. And the exhibited car had bright side window surrounds, while PG 9053 does not.

What Zagato was famous for was making their versions of the body shells a good lot lower and lighter. The Zimp weighs 630 kg. It's height is 128 cm. (The Imp has 138 cm.). This and the better streamline means an increase in top speed to about 140 kph.

British Zagato Ltd. were planning to tune the Imp engine from 39 hp. to 46 hp.

When Chrysler heard about the co-operation between Rootes and Zagato they used their 50% (?) holding in the company to block the project. So, to the advantage of the later upmarket Imps, only the three prototypes were produced. The intended price would have been a bit under 1000, steep enough to put most people off.
9053 PG

9053 PG became victim to electrolytic corosion between the Imps steel floorpan and and the Zagato aluminium body panels. It is owned by Franco Macri (since 1982) who has the Zagato Register in the Alfa Romeo club.
Mr. Macri dedicated himself to its full restoration, and it has been fully restored and in perfect working order since Autumn 1997. *)   September 2000 it was featured on the cover of Impressions.

September 2011 it was for sale via DVCA Auctions at Somerset, England. The listing said it had been woith the same owner since 1978, who had restored it.

August 2014 had it for sale again on eBay, Monte Carlo.

It has hardly a sign of the other Zimp's bodywork problems, as the panels were only crimped to the Imp floorpan with a handful of rivets for good measure.
Starting 1988 it still had less than 30.000 miles on its counter. 1995 (?) it appeared at National Day, in excellent condition.

Mike Hanna visits club weekends and such with Zimp - CUD 180B.
CUD 181B

CUD 181B was rumoured to be in the U.K. and to now have double headlights and other modifications.

According to Practical Classics of March 2015 Mike Hanna owns it.

I'm writing to tell you about the missing Zagato Zimp (CUD181B). It's been living in my village - Liphook, Hampshire, England - since I moved here about 2 years ago. About 6 months ago, I went and inspected the car. And finally identified it.

Since (I assumed) it should have the same construction as CUD180B (ie. crimped to an Imp) then I thought restoration (ie. transferring it to another Imp) should be straightforward. However, restoration is what is needed: the doors are both missing (though the owner may have stored them somewhere else), ditto a lot of the interior. The (maroon) paintwork is peeling heavily, though of course the aluminium body still looks pristine underneath.

I decided that as soon as the money became available I'd make an offer to the owner (the car has been parked outside a house). Sadly, on Sunday afternoon I saw the car being taken away on a trailer - I presume someone has beaten me to it. I'm really annoyed about this, but I figure I can at least tell you what happened to the car (I'd kept it quiet for fear of competition), particularly as I'd have been in a position to make that offer in about a month's time.

Incidentally, it does now have four headlamps, leaving it looking not unlike a Lancia Fulvia. The brightwork was missing from the car, though again this could be with the (new?) owner.

At first sight the Zimp has little in common with the Imp. The classic Italian lines totally disguise the Imp running gear. Only the hubcaps and the familiar position of the exhaust give away the game that this is an Imp pretending to be something else.
Though only a prototype, the degree of attention paid to designing this car show how serious the Milan based company must have been.

Zagato left the engine bay alone and concentrated on the looks: the exterior, interior and trims. Much thought went into making this a very attractive little coupe. Detail has even gone into polishing the kickplates on the leading edges of the doors.

The seats are deep and plush, the red vinyl is soft to the touch. The rear seat can be folded down as in the Imp. The steering wheel is smooth to handle and 100% Italian sports car with its wood rim decorated with aluminium rivets. The headlining is in black and hangs curiously loose, but in doing so, looks like that was the intention. The interior door handles look as if they belong on some huge Italian GT, but their action is smooth and efficient.
On the negative side

Even when the doors are wide open it requires some agility to get seated.
The luggage space in front is virtually non-existing.
The heating and demisting would have needed attention, if the car would have gone into production.
In the engineer's report that Rootes wrote, when the project was still under consideration, it is mentioned that it overheated badly. And apparently they found other failings as well.
Driving the Zimp

With a little help from the choke (mounted in the centre, beneath the back seat) the engine starts with ease. The motor sound is of course the reassuring Imp purr, coming from behind.
The first thing that you notice while riding in the Zimp, apart from the all-round visability, is the roar of the road noise eminating from the front wheels. Although shod in radial ply tyres on Chamois 4 1/2" rims, the Mark I front suspension was retained. Only the springs have been tampered with, to allow Zagato to keep the correct ride height with the light weight body.

Although sluggish to accelerate when cold, the untouched 1964 engine soon propels the car to speeds around 70mph. By this time engine and road noise are forgotten - travelling in a car with such light, nimble controlls. There is not as much as a tremble from the steering wheel. Nor is there any vibration from the gearstick seen on other Mark I cars. Cornering is precise with no tendency to oversteer.

Visability is very good. The flat bonnet slopes away - Only the wipers obstruct the view on the road. That is, unless the screen is steemed up. The natural circulation of air through the demisters enjoyed on the Imp is not apparent, as the air is scooped from under the car. The blower and opening rear windows must be employed to eliminate any condensation.

Gå tilbake til «Off topic»